Come dance with the Abhaya community to the mystical, hip-hop, reggae roots and Indian raga sounds that DJ Drez is known for. Moving bodies for more than two decades, Drez is a sound pioneer with an ear for cutting edge sonic ambiance, a finger on the pulse of music that makes bodies move, and the vision and skill to obliterate genre and boundary with his own trademark sound and production, Drez has skyrocketed to international acclaim from the dancehall to the yoga shala. 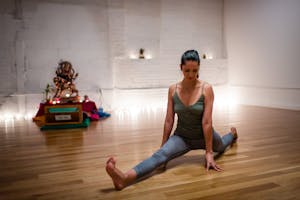