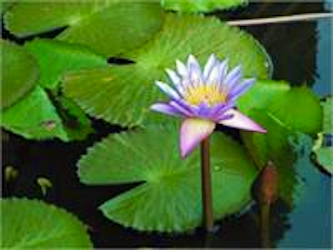 Sign Up
Explore how yoga and Ayurveda are interrelated. Ayurveda is the science and yoga is the practice of the science - yoga and Ayurveda are an integrated part of each other. Both yoga and Ayurveda are based upon the principles of Omni substances and five elements theory. Yoga and Ayurveda also have common an understanding of how the body works. Ayurveda Nutrition Encompasses the Four Pillars of Diet, Yoga, Pranayama, Sleep and Meditation. Yoga and pranayama are done according to your constitution. Both of these sciences have eight branches and they share virtually the same metaphysical anatomy and physiology. In yoga, the body purification procedures have been explained as ‘Satkriyas’ whereas in ayurveda they are known as ‘Panchakarma’.0/0 (after 7/13)

YOGA WORKSHOPS
Dr. Naina Marballi
Dr.Naina Marballi based in New York continues to propagate and spread authentic Ayurveda in U.S.A. as well as all over the globe , by Lecturing and Conducting Ayurveda Classes on a wide range of topics ...
Meet Dr. Naina Marballi
Also of Interest

Ayurveda, the 5000-year-old medical system of India, states that poor nutrition is the main cause of disease. This system uses food to heal...

Ayurveda with Dr. Naina at Ayurveda's World Day 1 1. Introduction to Ayurveda 2. Human being is a miniature version of nature 3. The 20...