Sign Up
While it has been traditional to emphasize both alignment and action in yoga poses, as well as the importance of how you go into and come out of a pose, what has not received enough attention is the actual ‘firing order’ of the muscles themselves. What the body is meant to learn — or relearn — through yoga is the right sequencing of muscles needed to support itself safely in demanding maneuvers. Repetitive injury and strain to the body comes from consistently recruiting or overusing the larger ‘movement’ muscles before recruiting the deeper ‘stabilizers’ that protect joints and nerves. This is often the root of pain experienced in yoga practice, and instructions and sequencing are often not accurate or clear enough to prevent it; the same is true in sports and the many forms of exercise. In this session, we will experientially explore the idea of good sequencing — not just between a series of poses, but also in the actions by which we come into, ‘hold,’ and exit from yoga poses. This will be explained according to clear principles, and with tactile awareness of the muscles being recruited in your practice — and will be presented in a way that teachers can easily and effectively incorporate into their classes. This training is open to teachers with a 200 hour certification or higher. 5 pre-registered/0 week of

YOGA WORKSHOPS
Doug Keller
Doug Keller’s background reflects a lifelong commitment to the vast field of yoga. After receiving degrees in philosophy from Georgetown and Fordham University and teaching philosophy at a college level, he pursued a practical experience of yoga at the ashram Gurudev Siddha Peeth in India — which in turn also led him to the practice of hatha yoga as part of his overall experience of yoga...
Meet Doug Keller
Also of Interest 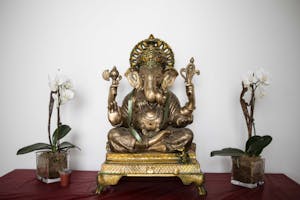 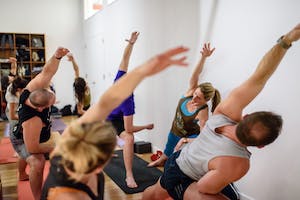